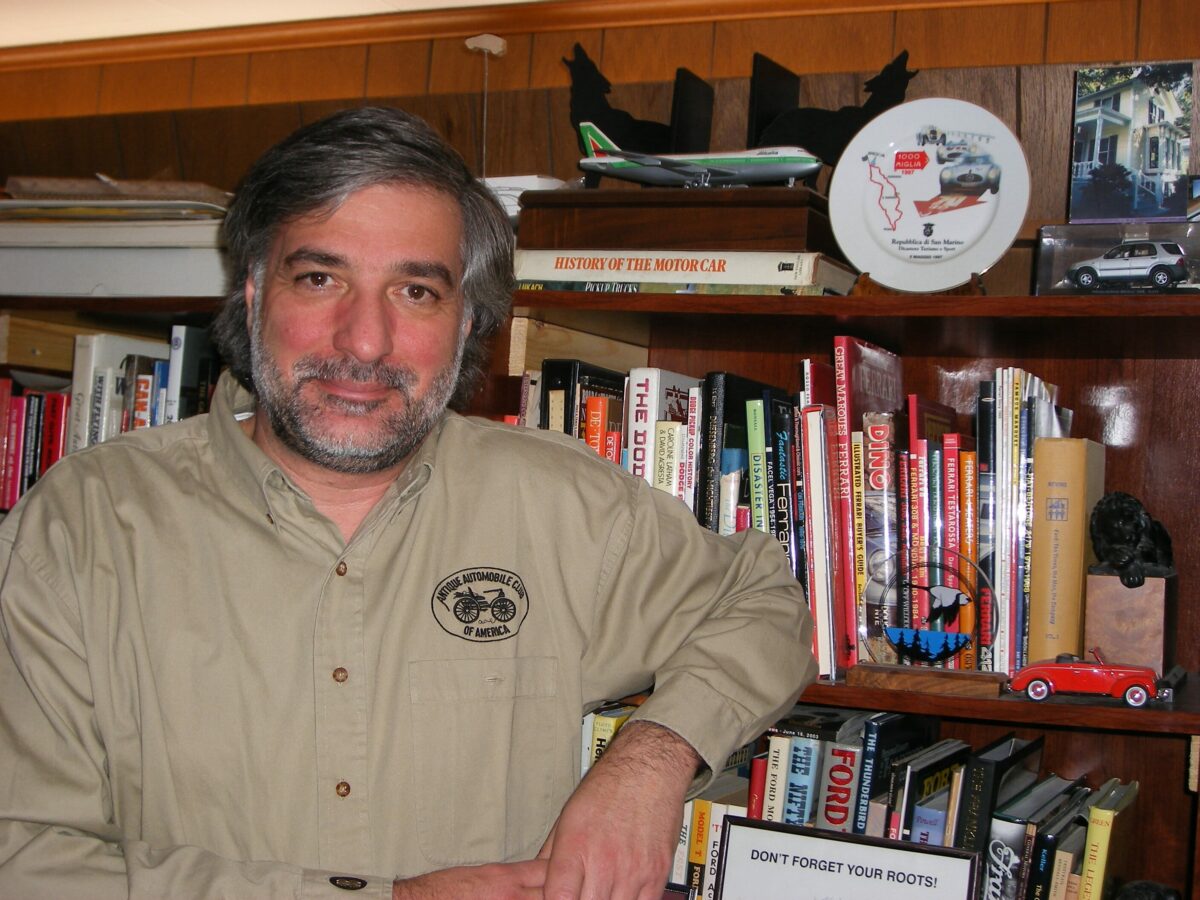 Steven Rossi has worn an impressive number of hats of different makes and models reflecting the all-things-automotive arena in which he has both worked and played practically his whole life, including being an SAH member since 1980.

His work life as an engine development engineer at Ford began in 1976, after he’d earned his mechanical engineering degree. Two years later he moved to Saab where he would fulfill a number of roles for nearly 15 years before spending a bit of time as President of Lotus Cars USA, followed by two years at GM as head of Chevy’s Product Public Relations. Next came four years with Mercedes-Benz at the helm of its corporate public relations. When M-B became Daimler-Chrysler, Rossi was promoted to head of Global Communications. Next, he went to work for McLaren Performance Technologies. Lastly, before retirement, he spent several years at Honeywell.

Rossi’s hobby life has been every bit as varied. He describes his collection with: “The garage has about 20 cars and 30 motorcycles in it. Starting with the more common 1912 Overland and 1924 Ford Model T…to the more unique 1922 Wills Sainte Claire A-68 roadster and 1933 Pierce-Arrow…and then to the really weird stuff like my Tatra 603 and Matra Simca Bagheera. The motorcycles are mostly Italian, with a particular leaning toward Moto Guzzi.” And that doesn’t include his collections of tube-type radios or outboard motors and who knows what else.

Rossi’s been active with the Model T Automotive Heritage Complex in Detroit; has been a trustee of AACA’s Automotive Library and Research Center as well past service as a trustee for the Detroit Public Library’s NAHC. He currently is a trustee of the Historic District Commission of East Haddam, Connecticut, the community in which he resides. He’s also active with the Pierce-Arrow Museum Foundation and editor of that society’s magazine. He writes for the Moto Guzzi National Owners Club and is a regular columnist for AACA’s Antique Automobile magazine where column topics range from those proverbial soup to nuts and back again. A group of them, 48 to be exact, have been assembled in a 2021-published book from McFarland & Company Publishers titled: Gearhead At Large: A Backroad Tour of Automotive History and the Old Car Hobby.