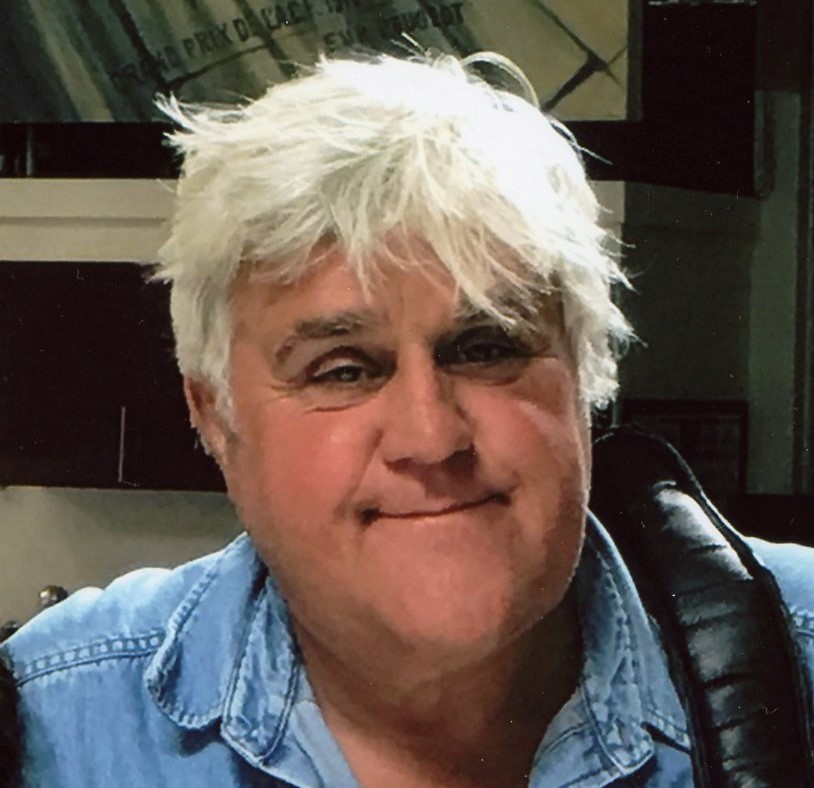 Society of Automotive Historians honorary member Jay Leno may be best known as a comedian, but it is appropriate to also consider him an automotive historian in the best sense of the term.

When it comes to his car collection, he is a serious guy. He is a major collector—he owns about 200 vehicles which he houses in a beautiful facility in Los Angeles. Magnificent auto art adorns the walls of his “Big Dog Garage.”

His interests are wide-ranging. He owns early steam cars, electric cars, classic cars, and muscle cars, and unusual vehicles like a solar-powered hybrid. Explaining his fondness for steam cars (he owns at least five steam cars), Leno calls himself a “fan of lost technology.” He likes to understand the stories behind his cars—why did a seemingly good idea never catch on or why did a certain well-designed car fail in the market. An avid reader and observer, in talking with Jay, one quickly discovers that he is a well-versed historian when it comes to the cultural, social, and technological history of the automobile.

Jay Leno’s influence through his website and his monthly articles in Popular Mechanics have generated considerable enthusiasm for the pursuit of automotive history worldwide. His website www.JayLenosGarage.com includes photos of his car collection, facilities at his Big Dog Garage, his restoration projects, and a great deal of useful information. Jay Leno’s Garage is also found on YouTube. Consequently, material from this site can and is used in undergraduate classes that center on automotive history. After the taping of his shows, he meets with undergraduate students studying history and answers student questions in an informal setting.

All of the cars in his collection are drivable. He drove an old car to the studio at The Tonight Show every day and the sight of Jay driving one of his cars on the streets of Burbank elicited enthusiasm from onlookers.

Jay Leno has used his celebrity status to support and promote automotive history and restoration. He has provided financial aid and publicity, though his Tonight Show platform, for the automotive restoration program at McPherson College in McPherson, Kansas which is the only college in America to offer a four-year degree in automotive restoration. At McPherson Leno established the Frederick J. Duesenberg Scholarship for automotive technology students. He also established a scholarship program with Popular Mechanics and donates the pay for his monthly Popular Mechanics column to the college.

The SAH Friend of Automotive History Award is presented to an individual who has made a profound contribution to the advancement of automotive history. Unfortunately, Jay Leno was not able to receive his award at our 2014 Hershey Banquet, as he was entertaining the troops in the Middle East.

For all of his contributions to popularizing the area of automotive history and the field of automotive restoration, Jay Leno is certainly deserving of the SAH Friend of Automotive History Award.